Chiropractor in Round Rock, TX 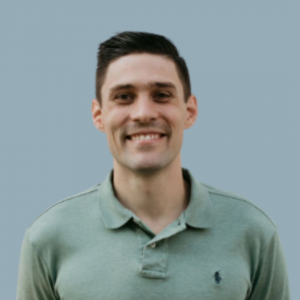 Dr. Aaron Cain graduated from Hastings College in the fall of 2012 with a degree in Biology with an emphasis on Exercise Science. He then enrolled at Parker University in Dallas, Texas to start his chiropractic education.

While at Parker University, Dr. Cain took on many leadership roles such as Vice President of multiple technique clubs, National Board representative, liaison between Parker University and the Collective Leadership Alliance, and was selected to participate in the Dallas Veteran’s Administration Internship Program.

Dr. Cain lives in Round Rock, Texas with his wife Alanna and children Braden, Mason, and Avery. He and his wife are both originally from Colorado Springs, Colorado, and moved to Texas in 2013 when Dr. Cain started at Parker University. Dr. Cain and his family have always enjoyed the outdoors including hiking, camping, fishing, and dirt bike riding. Dr. Cain grew up playing almost every sport and played four years of college basketball in Colorado and Nebraska. He and his family are very active in the community, their local church and enjoy spending time with family and friends.