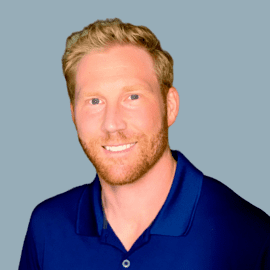 Dr. Matt Otteman is originally from Chicago but moved down to Texas to attend the University of Texas at Arlington, where he played baseball all four years. After his senior year, he signed with the Seattle Mariners as a pitcher and went on to win the Arizona League Championship.

Once baseball was over, Dr. Otteman decided to finish school with an Exercise Science degree, interning with the Texas Rangers PT staff his last year of school. After graduating, he became a Sports Performance Specialist with EXOS in California and worked with several professional athletes, including MLB, NFL, Collegiate Football, PGA, and MLS. He then moved to New York City and continued to train athletes of all different levels.